Posted on August 5, 2012 by monicaminimon

I love sweetcorn. It is so delicious, crisp and flavourful. When my boyfriend and I were on holiday in Madeira last year, everyday we ate fresh corn on the cob roasted on the barbie. We would strip the casing and silky threads off the cob, toss them in a little butter, season well with salt and black pepper, wrap in tinfoil and roast on the open barbecue. It is by far the best and most delicious way to cook and eat corn on the cob. And from my many travels around California, I learnt the whiter the raw corn kernels; the sweeter and more crisp the corn.

The recipe is adapted from www.bbcgoodfood.com. I made the exact soup from the site before but I wasn’t too hot on the amount of lemon juice being added. For me, chicken and sweetcorn soup should not have a lemon flavour, but more an enhanced flavour of the components being brought out by the lemon juice. I doubled the recipe (because what’s the point of going to the effort of cooking when it only serves 2 portions??) and I kept the original amount of lemon juice. I used sesame oil instead of vegetable oil and I added more garlic and some mushrooms as I like my soup to be more of a meal then a watery starter.

Prep and cooking time: 30 mins all in!

Heat the oil in a deep saucepan over a low-medium heat and add the garlic, ginger, chicken and mushrooms. Cook for 4 mins without colouring.

And the cornflour, a little stock and mix together. Then add the remaining stock and sweetcorn. Bring to the boil then simmer for 5-7 mins stirring occasionally.

In a bowl, beat the egg and the lemon juice then slowly add it to the soup stirring with a chopstick or a fork to break it up and give an egg strand effect. Season to taste and add spring onions to garnish and soy sauce as desired. 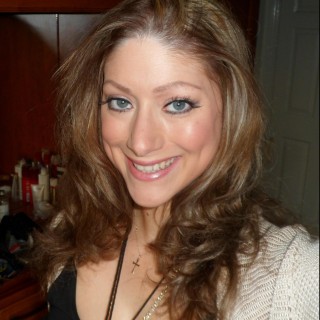